Our last night in Austria was spent wild-camping in Fussbach, just outside Bregenz. We’d driven through rain from Ravensburg and, on arriving on the banks of Bodensee (Lake Constance), it became evident that Bregenz and it’s lakeside environs were popular tourist haunts so we couldn’t find a sleepy spot anywhere near The Lake! We stocked-up on beer etc at Lidl then drove out of the town until we found a tiny bit of spare ground and parked-up for the night. We slept like logs until we were woken up by early morning rain pounding on Sebo’s roof! Up we got and hit the road for Liechtenstein. Not many photos taken enroute, due to continuing rain but, safe to say, it was an interesting enough drive and yes, Liechtenstein has a certain “fairytale” quality to it – the fourth smallest country in Europe, after San Marino, Vatican City and Monaco, it’s doubly-landlocked by Austria and Switzerland ,with a total area of only 160 km2 (61.776 sq mi), all of which lies in The Alps. It has no airport, no language of it’s own (they speak German) , no currency of it’s own (they use Swiss Francs) and the lowest unemployment and crime rates in Europe! Rumour has it that residents don’t bother to lock their doors here!

As we parked-up on the huge car park at their National Stadium – Rheinpark Stadion (cheap parking during the day, Mon-Frid, free overnight and at weekends!), the rain finally stopped and we managed to have a wander around Vaduz – the capital “city” (not much bigger than a village, to be honest) and nothing of much interest to us, apart from the “princely family home”, Vaduz Castle, perched precariously on the hillside above the town but closed to visitors (on account of it being said “princely family home”). 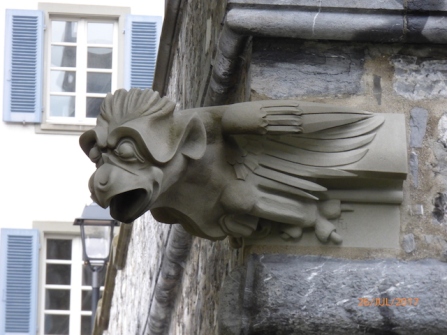 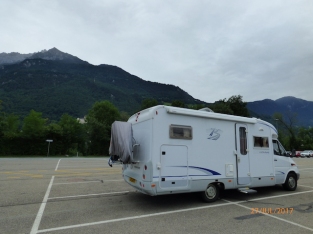 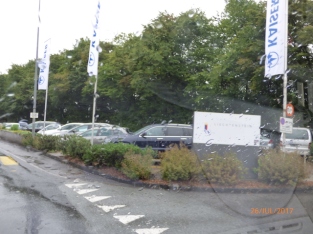 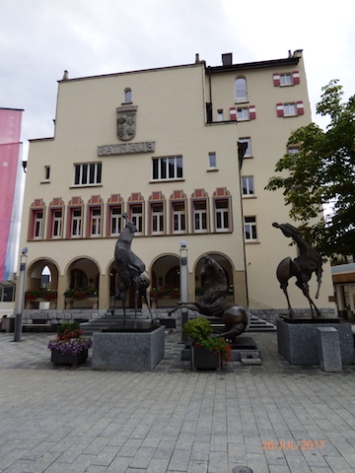 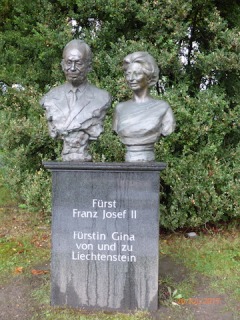 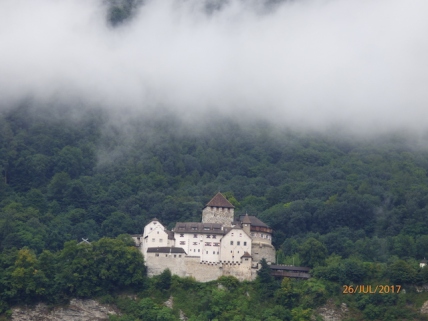 One thing we DID notice on our short meander – how hellishly expensive everything was! Further research revealed that wages here are around three times those in UK so that kinda explains it! Anyhow, here’s a few other facts regarding Liechtenstein which amused us ….

2 thoughts on “A Whistle Stop Tour Of Liechtenstein!”