We had, possibly, THE most relaxing three days we’ve had this trip so far at Le Devancon, Peynier. We slept like logs – until quite late in the day, we have to admit, even by our standards-then spent our days walking in the hills and generally lazing around in our deckchairs, making the most of the sunshine. We even managed to do a hill walk and NOT get lost! Yippee! But, like all things, it couldn’t last forever and, on Saturday morning, we bade farewell to Le Devancon and hit the road South to La Riviera. What a HUGE difference! Uber-motorhome unfriendly, with towns posting “no motorhome or caravan” signs on entry!

On we drove, along the Riviera, pretty much without incident, apart from the idiotic motorcyclist who thought it would be a good idea to overtake us on a single carriageway road, into the face of oncoming traffic, approaching a roundabout, and had to dip in so close to us that he scratched our paintwork AND, as if that wasn’t bad enough, then vented his wrath by punching us! Pity we didn’t get his reg number! Thankfully, we have touch-up paint onboard for just such an occasion! Eventually we landed in Le Lavandou where we could park for nothing, in a small car park, not more than 20m from the beach. Happiness was restored in Sebo, especially when we realised we could pick-up somebody’s unsecured WiFi connection! Happy Days! The Irish victory over Les Anglais was duly watched AND celebrated! Even Happier Days! The euphoria somewhat made up for the ridiculousness of the pricing structure in bars and restaurants here! €15.90 for chicken and fried mushrooms – if you want to add frites or veg, that’s a further €3.50, Merci! What????? Needless to say, we dined in Sebo!

We took the Sentier Littoral both ways over the short time we stayed in Le Lavandou – a rough walk along the shoreline, some of which had chains hewn into the rocks lest you fear a fall! It was pleasant, to say the least – and Harley enjoyed a dip in The Med to cool down! By lunchtime on Sunday, we were relaxed enough to hit the road to Frejus, in the hope that no more Kamikaze motorcyclists would cross our path! 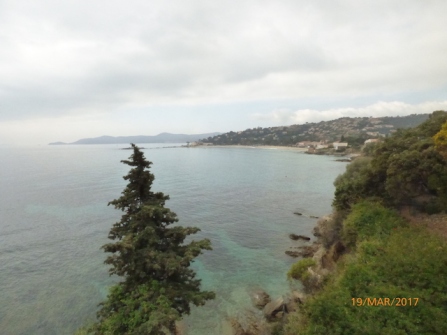 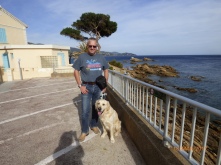 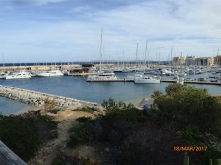 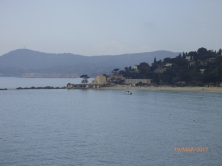 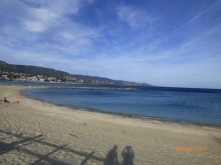 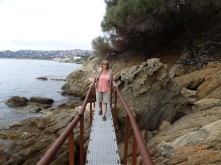 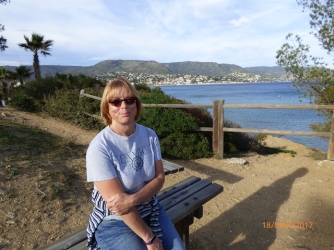 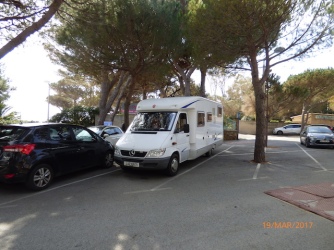 From Le Lavandou, we headed up the hill, taking the winding hillside road up to La Mole, lots of hairpin bends and wooded hillsides, not to mention St Tropez Airport, lined with private jets (who knew St Tropez even HAD an airport???)

We had hoped to park up in St Tropez and, at the very least, partake of a coffee there but, No, it was not to be, since every single car park was height-restricted! Feck yous, anyway! We continued on through Port Grimaud, at which point, Eagle-Eye Semple (the driver, in this case, not the navigator, it has to be said!) made a rapid righthand turn, which nearly put us on two wheels, into a car park – he had spotted a motorhome service area sign! Fair play! We emptied our tanks, filled-up with freshwater and had some lunch then left before we got copped for the €15/24 hours parking charge (How Much????? It’s a car park alongside a busy, and thus noisy, main road!!!!No way, Jose!). 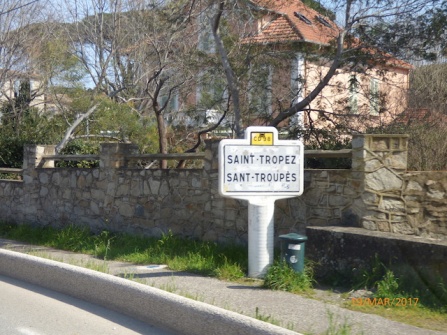 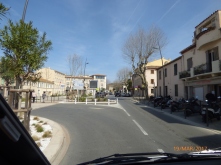 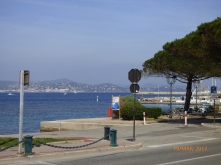 We pootled on, hugging the Riviera coastline until we reached Frejus, We parked-up and took a stroll through the new, Port Frejus (imagine Canary Wharf, with sunshine!) and then further inland, into the Old Town 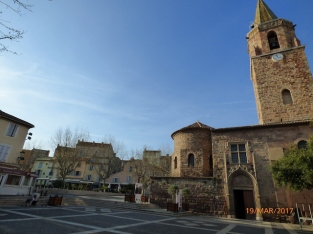 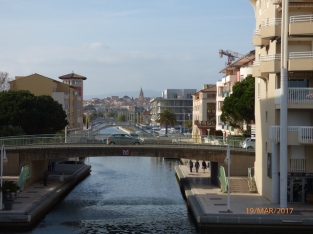 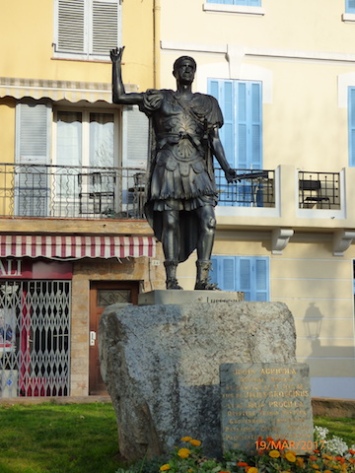 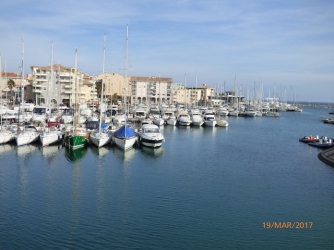 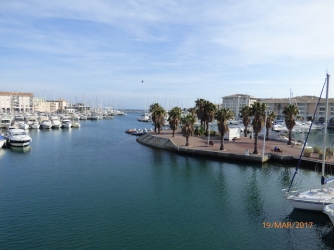 The Old Town was the original port, dating back to Roman times, but, since the 16th century, the original port has been allowed to silt up and is now 3km from the sea, but mega development has taken place in recent years and the “new port” is now a mass of apartment blocks, private moorings and very expensive restaurants – a complete contrast to the original Frejus! Pity, really!

From Frejus, we drove along The Riviera, through Cannes (most disappointing town, famous only for it’s Film Festival, as far as we can see), Antibes and Nice (looks very interesting as a city, but maybe not for visiting in an 8m motorhome – Lidl was a nightmare to both find and park in!!) and wended our way up the hairpin bends until we reached Les Michels- 380m up the hillside with THE most fantastic birds-eye view over Cap Ferrat, Villefranche and(had the cloud cover been higher), Nice! Free car park, no restrictions that we could see, in amongst mega-million bucks villas! Plus, we found a water font to top up Sebo’s tank! 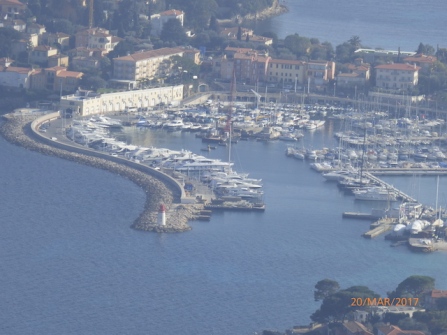 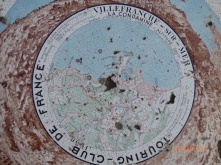 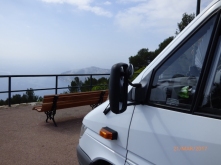 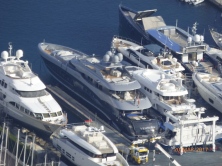 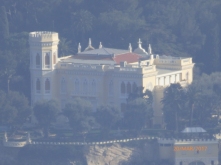 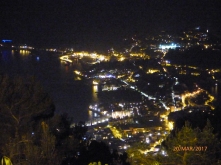 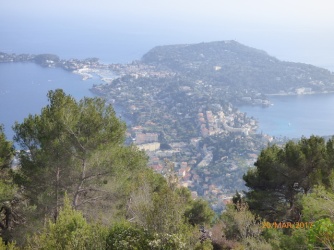 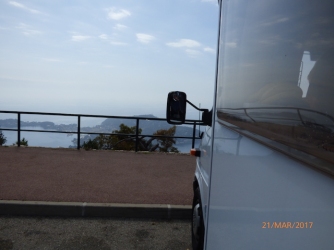 Tomorrow, we’re heading for Italy, via Monaco! Not sure what the parking situation is in Monte Carlo but maybe we can squeeze Sebo in between a Porsche and a DB7….possibly?

Italy, it has to be said, fills us both with a mixture of trepidation and down and out fear. Reports of woeful driving skills on the part of the Italians is the main reason for concern, along with over-inflated prices of food, drink and diesel. We have stocked-up on all of these in advance, lest the rumours are true! Sebo now has enough food on board to feed a small army for a number of weeks and diesel will be topped-up before we cross the border!

2 thoughts on “Provence To The Riviera – Poles Apart!”