All excited, Team Sebo rose early this morning – well, I say “early” – I mean early for us! 9am is early for us these days! Anyhow, we made full use of the unlimited hot water in the campsite showers (since we don’t know, at this point, when that little luxury will be available to us again!), paid the bill for our 14 night stay, unhooked the electricity supply, said a lingering goodbye to Geoff and Linda, filled Sebo’s water tank to the gunwhales and headed off into the wide blue yonder.

Now, I say we “headed for the hills” ….in truth, we headed for Murcia – a town which appealed for it’s history. However, on reaching Murcia, we realised that it’s not necessarily a town to visit in a 3.5t motorhome when you arrive mid-afternoon! We parked up on an accessible car park outside of the town to eat our lunch and to consider our options for actually getting into the town. Many of the “old towns” have narrow, winding streets and complicated one-way systems with height restricted car parks etc. As we ate lunch, we had a closer look at the map and were somewhat put off by the lack of car parks, the amount of no-entry signs showing on our sat-nav and the fact that, if we left Sebo where he was, we’d have one helluva schlepp on foot to get into the town itself. The latter wouldn’t have mattered so much had we arrived in the morning BUT, by this stage it was quite late and, judging by the amount of smashed car window glass around, this possibly wasn’t the safest place for us to be leaving our pride and joy and all our worldy possessions! We had already had a bit of a stressful time negotiating the inner reaches of Alicante en route and the thought of trying to negotiate another city centre didn’t enthrall either of us! Following a “team talk” we decided to give Murcia a miss and plod on to our chosen sleepy spot – a camper park at Totana up in the Sierra Espuna mountain range.

On we drove, admiring the spectacular scenery until we reached Alhama De Murcia, at which point, we spotted a signpost for the Sierra Espuna National Park and promptly diverted upwards in search of a suitable free car park in which to spend the night ( the camper park at Totana charges €7 including services and we don’t need services!). This proved to be a darned good decision as we found a perfect spot on La Muela, sheltered by trees and within a 2km trot of the summit, which we availed of once we were parked -up! Harley, now fully recovered, revelled in his new found freedom! Off the lead for the first time in a while, he made the most of it, running around like a mad thing through the forest. As we reached the top of the mountain, we came across a building which, it transpires, is a Scout Hut! What an awesome place for a Scout camp!  The views from the top were stunning! 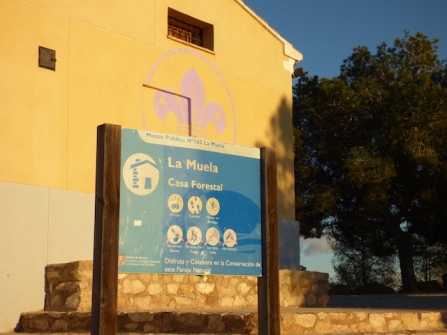 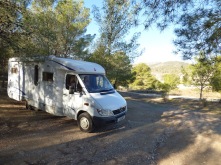 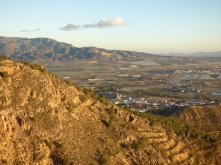 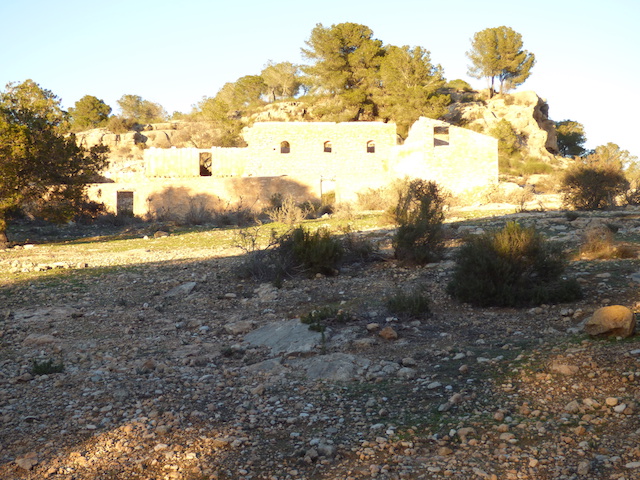 Strange thing though – we switched our winter duvet to our summer one on arriving in Albir but had still felt quite chilly at night and had changed it back to our winter one before leaving. We needn’t have bothered – it was actually much warmer up here in the mountains than it was on the coast, particularly at night. In fact, last night was the first time since we left home that we haven’t needed to put the heating on! Bizarre but true!

Tomorrow, we’re going to head for Almeria then back up into the Sierra Nevada and onto Granada……or that’s the plan at the moment – of course, it could all change between now and then! Loving this “freedom” thing! Have Sebo, will travel!