Our “proper” Christmas present to ourselves was to indulge in a hire car for a few days – four to be precise – so that we could go off and explore the region and, hopefully, get in some much needed hillwalking. After all, Spain is renowned for its mountain ranges and well laid out walking trails, so we thought we should avail of the opportunity. Car hire here is dirt cheap – cheaper, in fact, than hiring a scooter! How???  We managed to get a good deal through the campsite – €97 for four days and at 10am on Tuesday, our l’il white Panda was delivered to us at the site. No fuss and no schlepping anywhere by bus/train to collect and return it. Grand job!

Next job was to plan where we wanted to go! El Castillo De Guadelest was first on the agenda ….. a tiny wee village up in the hills, only accessible on foot through a small tunnel so, naturally, it has a pretty medieval battlement! Pretty it most certainly is and you really have to congratulate the dudes that managed to build the castle! One amazing feat of engineering, that’s for sure. Unfortunately, it’s also full of touristy shops and strange museums…… a “salt and pepper mill” museum (?) and not just one but TWO miniatures museums – as in “micro-engraving ” miniatures….. 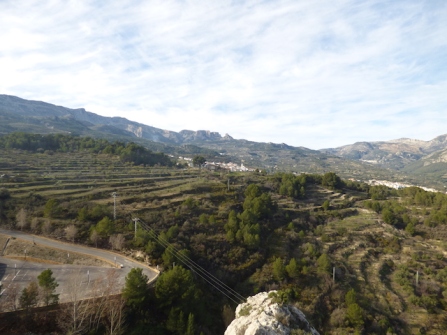 Seemed a bit like “tourist overkill” to us, to be honest so we had a quick walk around the village then got back in the car and drove further into the hills to admire the non-touristy mountain villages and terraced hillsides off the beaten track.

On Wednesday, with the weather living up to the forecast of “cloudy with a 47% chance of precipitation”, we headed down to Alicante. A substantial town, best known by we British for it’s airport, it also has a huge fortress, Castillo de Santa Barbara, built on the top of a hill between the town and the port – presumably because of it’s awesome 360 view over not only The Med but the surrounding countryside- which is still in pretty darned good shape after all these centuries AND is free to visit if you walk up rather than take the recently installed lift and don’t have a dog with you. We walked up, clambered up on to the walls to take in the views but couldn’t go any further without taking Harley back to the car and leaving him there! Alicante, per se, is really nothing to get excited about. It’s another high rise city, with a busy port – becoming ever more popular with cruise ships, apparently- and it’s got a pretty cool shopping area which we didn’t venture into ,since neither of us are keen on the shopping malarkey. 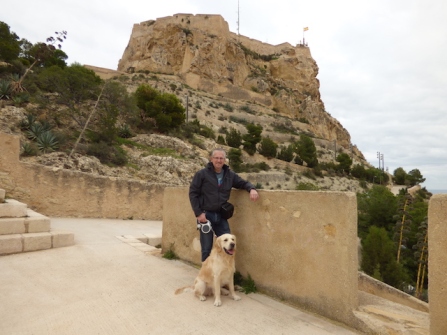 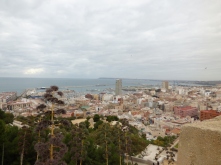 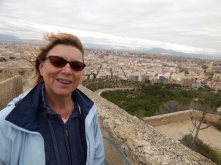 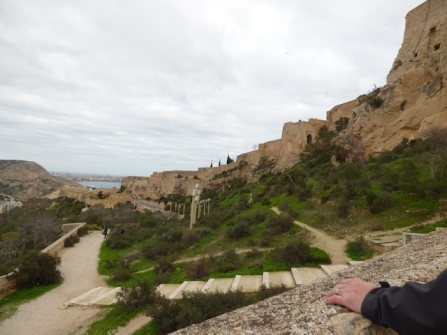 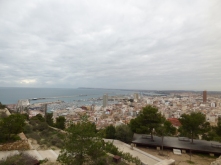 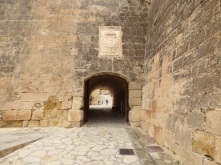 On Thursday, we ventured to Calpe – or Calp if you speak Valencian! Again, once a teensy wee fishing village, this has really become very over-developed in the name of tourism and is definitely a town of “two halves” – the southern edge of town comprises some rather nice villas built on the hillside and looks quite pretty – the northern side, unfortunately looks like a totally different “new”town – blocks and blocks of apartment buildings and what appears to be a relatively new “town centre”. However, the purpose of our visit was not to view the architecture but to climb the rock which makes Calp notable.

Natural Park of Penyal d’Ifac is a nature reserve, open to the public, and with it’s narrow stony paths up to the top of the rock, make for a thrilling, if a tad scary at times, walk up the top for awesome views of the surrounding area. 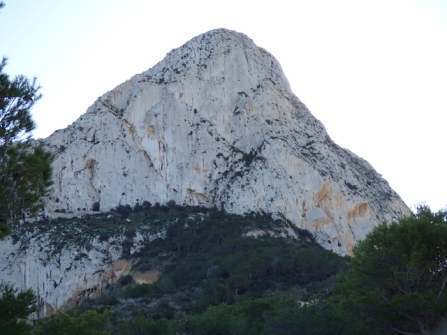 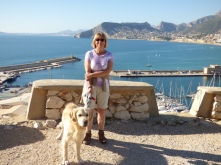 Yesterday was our last day with the hired wheels so we ventured back down towards Alicante then hung a right off the A7 to a small village called Busot, famous for it’s caves- but more of interest to us, a nice walking trail. It was a decent length but I found it somewhat strenuous and by the time we arrived back last night my thighs were on fire! It was enjoyable all the same and judging by the way Harley put himself to bed early and lapsed into the deepest sleep ever, I suspect he actually found it almost as tiring as I did! I’ll let the photos speak for themselves as to how spectacular it all was. 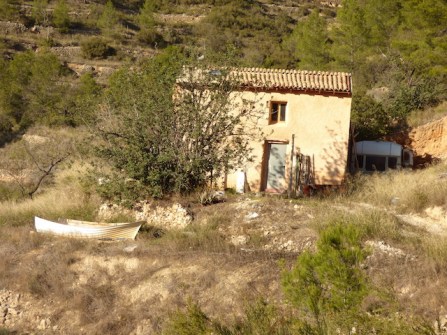 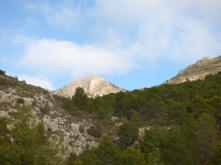 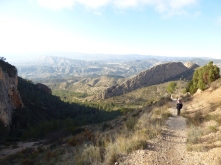 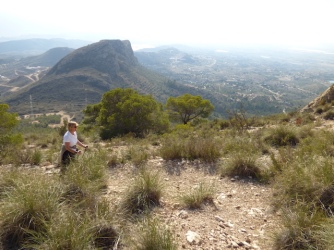 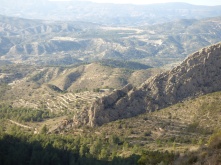 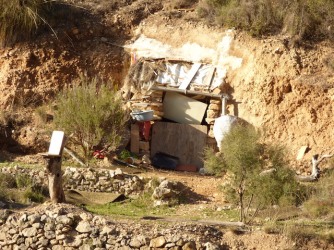 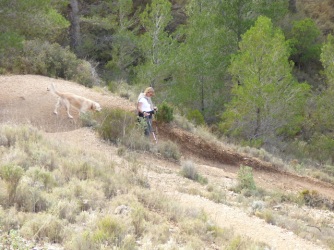 We had a fab few days exploring more of the Costa Blanca but it was time to say goodbye to our little Panda at lunchtime today. We spent the rest of the day doing laundry, cleaning Sebo and restocking our fridge. …all very mundane compared to the rest of the week but, heyho, it had to be done! Tonight, we’re hitting the town – treating ourselves to a rare dinner out – hopefully an Indian but, since we haven’t reserved a table anywhere, we may have to improvise!