As we reluctantly pulled away from our rather luxurious pitch at Camp Alpin in Seefeld on Saturday morning, we headed for the German Border, just south of Mittenwald in Bavaria, to top-up our LPG tanks. Not having a proper gauge on the tanks, we thought we might be running a little low and, not wanting to run out whilst in Austria, it seemed wise, since we were so close to Germany, to pop over there and get the job done. It turned-out that the nearest LPG station was, literally, a hop, skip and a jump from Austria – the queue of German cars queued at the fuel station purchasing Austrian vignettes was testament to that fact! After a bit of a kerfuffle, we finally managed to fill -up and were more than a little surprised to find that we’d actually only used 2/3 of our total capacity in the last five weeks! I suspect that, now that the fridge is running properly i.e only cutting in when the fridge temperature rises, as opposed to being constantly running (albeit at a lower rate!), it’s actually using far less LPG than it ever was!

The constant stream of traffic heading into Austria made us think that, maybe, the German holidays had started and, rather than get caught up in traffic jams, we continued on for a few more kms and found a rather handy little Stellplatz (German version of a motorhome Aire) within a five minute walk of Mittenwald’s exceptionally pretty town centre. Reputed to be Bavaria’s “prettiest” town, with it’s painted facades and pedestrianised main street, it’s a major tourist resort but seems not to know it! As we meandered around it on Saturday afternoon, we noticed that the vast majority of the shops actually closed for a half day on a Saturday (even in July!) and only a handful of souvenir shops opened on a Sunday! Even the town’s two supermarkets shunned Sunday opening. 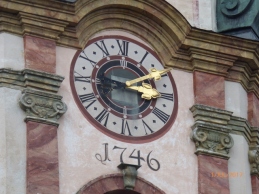 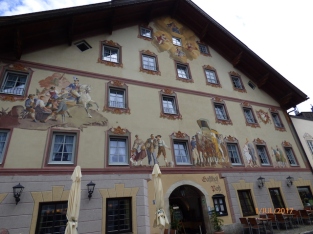 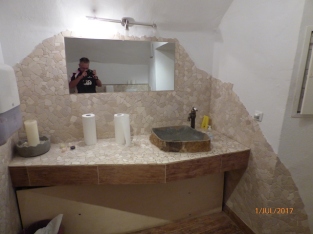 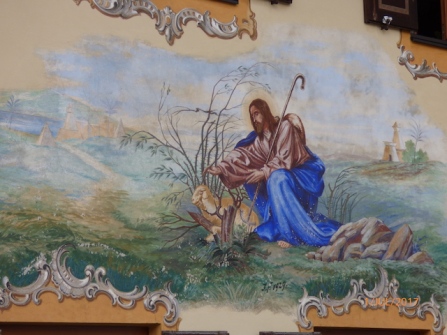 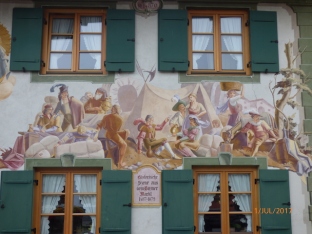 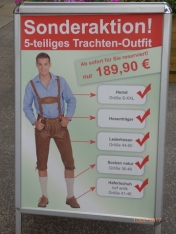 The stellplatz was in a perfect location and. despite it being next to the railway station, the trains were so quiet as they passed, we could hardly hear them! German engineering at it’s finest? It was also pretty cheap, considering the summer high season is now upon us – €13 for 24 hours, which included the mandatory tourist tax of €2/pp. Services such as freshwater and electricity were an optional extra and, since we needed neither, we just rocked-up, parked-up and headed off up the town.

So happy were we, we opted to stay an extra night and avail of one of the numerous hiking trails leading out from the town on Sunday. Unfortunately, the rain started before we’d even got out of town on our walk so on went the waterproofs – we’re getting accustomed to it by this stage! Our persistence paid-off though – had we given up and returned to Sebo, we would never have experienced the absolute delights of “The Goblin Trail in The Spirit Gorge” – not one for folk with an aversion to heights, particularly open-mesh pathways (I’m referring to you, Hayley Beaton!), this was spectacular, even in wet weather! Even Harley managed to conquer his fear of heights and did the whole 1.9km stretch without a fuss! 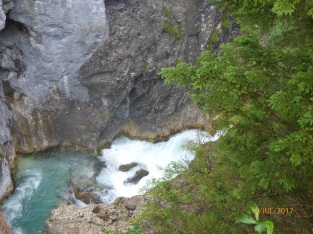 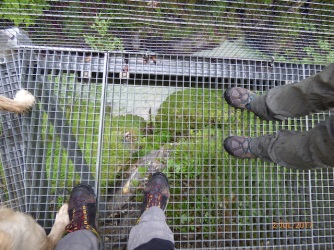 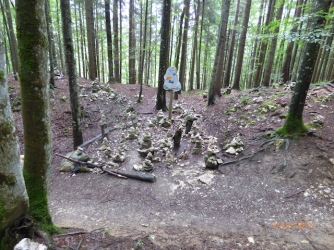 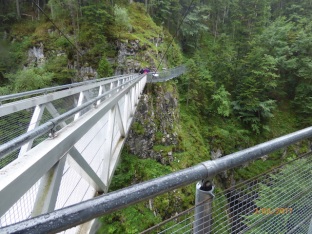 We had intended to treat ourselves to dinner out in Mittenwald on Sunday evening but, with the restaurants still being a tad pricey for what was on offer and the town being pretty much deserted when we stopped by for a drink and an eatery reccy after our walk, the heavy rain which then started to fall made us decide not to bother venturing out so we dined in Sebo instead! No hardship since we have a fridge and freezer full to bursting with food at this point in time!

Monday morning saw us taking the short trip to Garmisch-Partenkirchen – better known to us Ski Sunday watchers simple as Garmisch – an upmarket ski resort and home of Germany’s highest mountain, The Zugspitze. The railway line here runs almost to the summit – a fine work of engineering, it has to be said and would be a pretty cool way of getting up to “The Top Of Germany” BUT, at €53 EACH for a return ticket, we decided we’d rather save our dosh and go to “The Top Of Europe” on The Jungfrau train when we’re in Switzerland instead. We parked up at the railway station (€2.50/day) and had a mooch around the town until rain stopped play and we had to take refuge in a cafe until the rain stopped – having been relieved of €8.50 for two cappuccinos, and having seen a whole host of pricey designer stores lining it’s pedestrianised main thoroughfare, we can confirm that Garmisch is, indeed, a very high-end resort! It’s saving grace was the discovery of a Woolworths store…..where Roy managed to purchase two pairs of walking socks for €2.99! 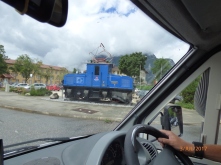 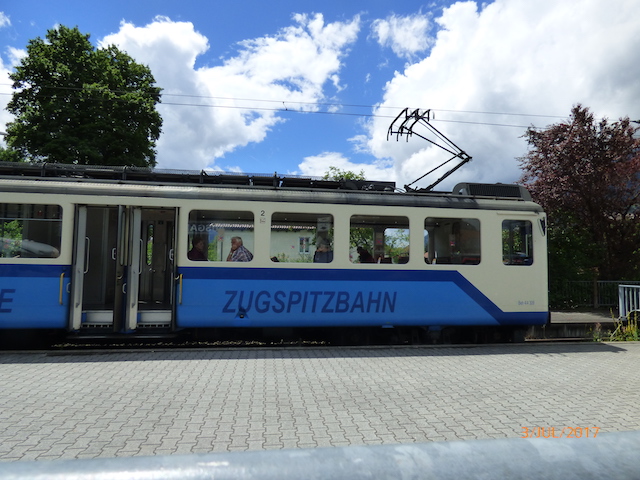 We’re parked-up on the stellplatz at The Wankbahn (yes, I know! I can hardly utter the word without a snigger!) – the cable car up to the top of Wank (!) mountain. We’re hoping to walk up and down it tomorrow, weather permitting, before heading back down to Innsbruck for a couple of days. It’s an ascent of 1000m from here so we’ll let you know if we made it to The Wankhaus at the summit when we’ve (or, in fact, IF I’ve…..!) recovered!!!