Our drive down to Bolzano on Sunday took us over The Passo di Mendola aka Mendelpass – a series of fourteen hairpin bends (with a width restriction of 2.30m, through which we only just managed to squeeze!) down into Sud Tirol which is, we later discovered, where the native language suddenly switches from Italian to German! Certainly, we noticed the road signs were now written in both languages and the buildings were becoming more and more Austrian looking the further we went but we were surprised to find everyone speaking German when we arrived in Bolzano! 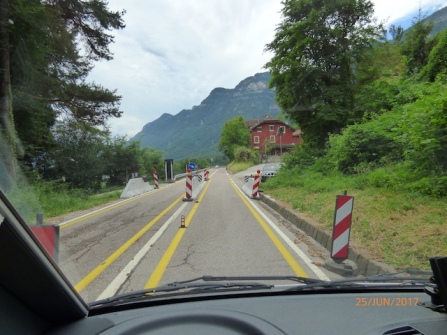 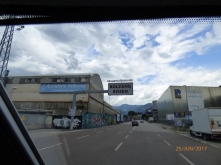 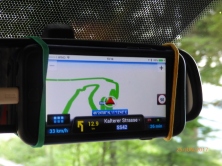 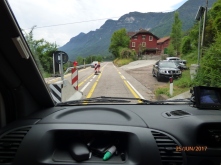 After successfully negotiating The Pass, and just 4km from our intended sleepy spot in Bolzano, we suddenly came across that all-too-frequent Italian nuisance – a road closure with no diversion signs offering an alternative route! After much Google mapping and fannying around with CoPilot, we finally managed to find an alternative route which took us through a pretty wee town called San Paolo/St Paul. I say “pretty” but the description I should be using is actually “extremely narrow and winding streets” …by the skin of our teeth, we managed to just about squeeze through and out the other side without causing any damage to either Sebo or the walls! 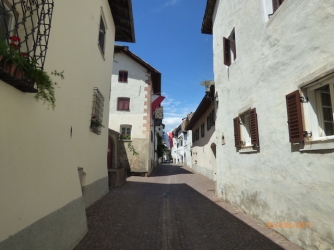 Bolzano itself is a very industrial-looking town with a confusing road network (confused our CoPilot on numerous occasions!) and many, many tunnels leading in and out of it. In all the confusion, we’re pretty confident we saw the inside of every single one, many times over! Admittedly, it has a pretty old town and the mummified remains of “The Iceman” in it’s Museum of Archeolology but our whole purpose for visiting Bolzano was to get Sebo’s brakes checked-out (even though the warning light hadn’t illuminated today!). We found the camperstop provided by the local commune – great facilities, free from 1300hrs Sat, all day Sunday and between 1900hrs and 0800hrs on weekdays, but it was situated between a busy road and the railway line! On the up side, Roy had sussed a garage with good reviews for service and price just around the corner from our parking spot so we stayed put on Sunday night so as to be able to hit the garage shortly after they opened on Monday morning.

Needless to say, neither of us slept very well and we were at Auto Officina Massimo shortly after 9.30am, explaining our predicament – using Google Translate- to a very helpful, non-English speaking boss fella. He grabbed his mechanic (who, it transpired, DID have a pretty good command of English, though he wasn’t admitting to this at the outset!) and, in less than an hour, Sebo had a a full set of new brake pads and a new sensor – his originals had so much wear on them that the sensor had actually burned-out! We were highly impressed by the speedy and professional service we received and the cost was not overly extortionate either (something we feared, being in Italy!) at €153.50 for parts, labour and VAT. Hopefully these new ones will do us for another 40,000 miles!

Since we didn’t know if we’d be good to go on Monday, we hadn’t really planned our journey into Austria so we just picked a random car park on the Austrian side of the border which just happened to be in CoPilot’s POI database and started driving….but not before swinging by Lidl to pick up beer, wine and the all important Aperol Spritz as we suspected it would probably be dearer in Austria (that theory has yet to be tested!)

We’ve both experienced a bit of angst with regards to Austria – tales of Wild Camping being illegal (in Tyrol, at least), campsites being expensive (our ACSI card won’t be useable during their high season, which appears to start on July 1st), a motorway vignette is required for all motorways AND dual carriageways and, even if we buy a vignette, there are a number of roads for which a huge toll is still payable (usually mountain passes and tunnels) plus it has a reputation for being hellish expensive for pretty much everything other than diesel! With all this in mind, we’re still keen to spend a little time here (just how much time depends on just how expensive stuff is!) as the hillwalking is awesome!

So, it was with some trepidation that we set the CoPilot to “avoid all tolls” and tootled out of Bolzano and into the Tyrolean countryside. It was so different from the rest of Italy that it was hard to believe we hadn’t actually crossed The Border without noticing! Ornately decorated Alpine houses were de rigeur and some very Austrian looking castles adorned the hilltops. The road was, in the main, fine and ran alongside the tolled motorway for a large part of the journey, just diverting from it’s course to pass through a handful of pretty villages until, all of a sudden, we were flanked by huge retail outlets and then The Border – unmanned, naturally, and before we knew it, we were heading for The Brenner Pass, with the tolled motorway pretty much above our heads as it snaked around the hillsides and across the valley. A fine work of engineering? For sure but, a bit like The Millau Viaduct, the view is better from a distance than actually driving over it so we were happy enough not to have paid the toll for a non-view! 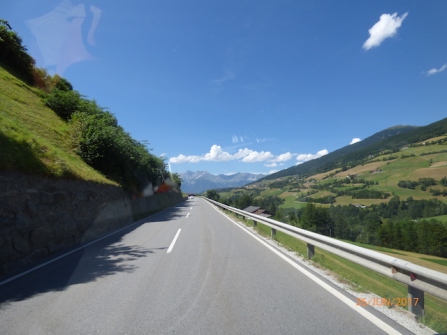 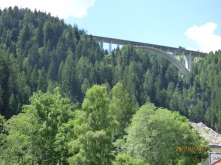 Unfortunately, the random car park we’d selected just north of The Brenner Pass, at Steinach Am Brenner, turned-out to be a non-runner so we headed for Innsbruck and the car park of The Patscherkofel cable car at Igls which, according to various reviews in our Park4Night App, could prove to be a suitable one night free parking spot as long as we were subtle in our choice of parking spot and we left early the next morning. So it was that we nervously parked-up in the far corner of their car park, cannily hidden from view by a couple of coaches which had parked-up for the night. We didn’t have time to take a trip up the cable car on this occasion but we will, for sure, return when we decide to visit Innsbruck next week. For the meantime, we’re going to make full use of the last few days of our ACSI off-season discount at Camp Alpin in Seefeld-in-Tirol, before the rates go up on Saturday! 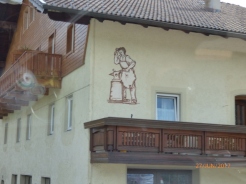 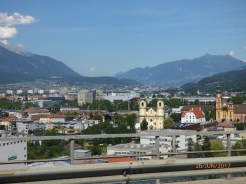 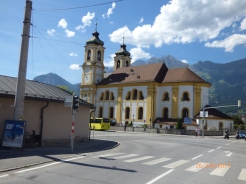