Last Thursday morning we awoke bright-eyed and bushy-tailed , brimmed our water tank and left our Conil De La Frontera pitch in the general direction of Cadiz. The run along the Costa De La Lutz was short and picturesque with very little traffic to slow us down and, before we knew it, we were driving through La Puerta De Cadiz. For those who don’t already know, Cadiz is totally sea-locked and, up until relatively recently, was only accessible from The East by a bridge and the road through La Puerta – a completely walled city! It’s major claim to fame is that Christopher Columbus started two of his four “voyages of discovery” from The Port of Cadiz and it remains one of Spain’s busiest sea ports to this day. Believe us – our sleepy spot was right alongside The Port and yes, it’s a constant hub of activity! Nonetheless, at only €3/24 hours parking, within a ten minute stroll of the city centre, we can put up with a bit of noise! We had lunch then set-off to explore. It was cold and blustery but the forecasted rain held off and we managed to walk the southern walls, mooch around one castillo, cross the causeway to Castille San Sebastian with the intention of visiting that too BUT, a locked gate, bearing a sign saying “Closed Due To Inclement Weather!” put paid to that idea. Inclement weather??? Helloo??? Not in Our World! Still, Harley got a run on the beach instead so he was a happy pup. We walked back through the City centre and noted just how “non-touristy” the place was. This is a working city, with narrow, winding, cobbled streets, awesome architecture, Roman theatre ruins which were discovered “by accident” in 1980! We wandered around the city, taking in the unspoilt nature of the buildings and soaking-up the totally laidback atmosphere. In short – we LOVED it! We mosied on back to Sebo, warmed-up, fed Harley (who was, by this stage, only to happy to slump in his bed and sleep the night away) then headed back out to find a back street tapas bar for dinner. There were plenty of them to choose from! By this stage, hunger was getting the better of us and we dived into the first one we saw which had a couple of tables occupied- always adds to the ambience if we’re not the only ones there! Two pints of beer and a huge tapas menu to choose from….and, since this was, in effect, Roy’s delayed Birthday Celebration- I was delegated to choose our repast. I think I did OK, to be honest! Pig’s cheeks, Iberico ham, garlic potato salad, cheese for Roy, patatas bravas (sauteed potatoes with a spicey sauce) and bread to soak up the delicious sauces. Roy had an extra pint – well, he WAS the Birthday Boy- and the whole bill came to €24.90. Excellent! 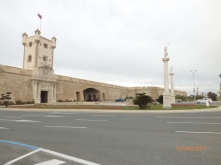 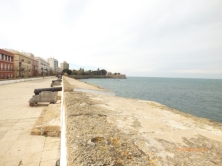 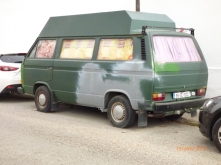 Next up was Jerez….The Sherry Capital of The World! Not that either of us are sherry connoisseurs but, since it was on the way to Seville, we thought we’d take a punt and see what it had to offer. We sussed a free overnight stop – a car park in a residential area, just a stone’s throw from the city centre. Well, I say a stone’s throw – it is IF you have a proper map for the area. We relied on Google maps and signposts – both of which appeared to think we were in a car and, thus, sent us “the long way round”! What should have been a 15 minute walk became an hour….by some kind of miracle, we managed to find Tourist Info – slapbang in the centre of town (not a signpost directing us towards it until we actually arrived in Plaza De Arenal in which the Info Office is situated!). We took advantage of the free map handed-out to us by the kind gent at said Office and headed back to Sebo – though, it has to be said, we still managed to get lost and, once again, took the long way home! Uuuugh! To add to our “misery”, Sebo’s fridge is playing-up again! Double Uuuugh!

Regardless of the “getting lost” business, we decided to give Jerez a second chance and, taking advantage of the free parking space, thought we would head back into town and have a deeper delve. Whilst having our morning cuppa, we were slightly perturbed by a determined knock on Sebo’s door….. some dude begging for dosh! Errr….no thanks! Good decision as it turned out as an hour later, whilst walking Harley, we spotted the very same dude chucking a “loser” scratch card on the ground in the local park!!! Chancer or what??? Cheeky fecker had the gall to knock on our door later and chance his arm again!! Anyhow, we gave Harley the whole “look after Sebo and we’ll be back soon” spiel and a handful of treats and the two of us headed back into town…..the easy way, this time, having sussed the map out properly! Ten minutes later and we were in the city centre! Again, a city with a Moorish history, awesome architecture and some fab little plazas! We chose a sunny one in which to treat ourselves to a Tapas Taster Lunch for two people – seven tapas and two beers – €16. Could not fault it! Unfortunately, since it’s “out of season”, most of the “tourist attractions” are closed on a Saturday so we missed out on several things – but, at the same time, we also saved ourselves a pocket full of dosh! 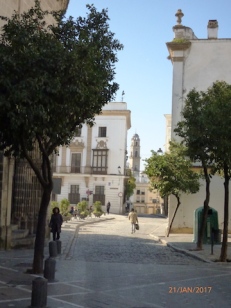 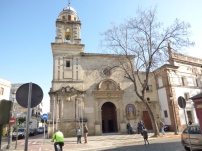 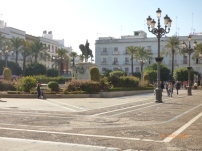 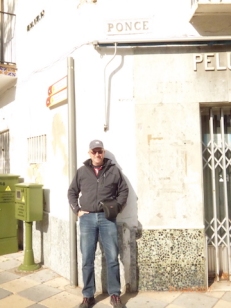 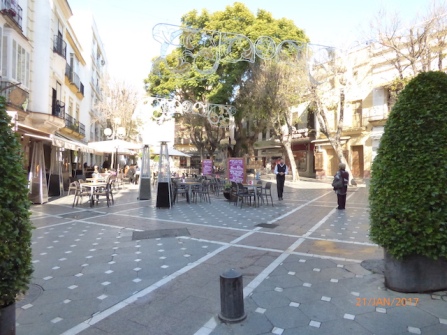 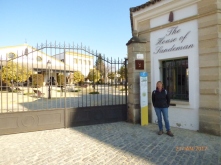 After two nights Wild Camping, with the fridge running on LPG, it has now become evident that our DIY repair has not solved the problem and we are gonna have to resort to “a man that can” solution. Seville beckons – with an Aire with a 230v supply which should be enough to cool the fridge and its contents (specifically the beer!) until we can find said “man that can”.

100km later and we were in situ, in Seville, plugged into the mains and our beer was being cooled! We’d driven past a motorhome repair centre enroute but, it being Sunday, and this being Spain, naturally they were closed. No matter – we’ll get sorted and suss out what to do next! Washing, for a start! There’s a washing machine and dryer here so, first things first, we got that sorted and Sebo cleaned – inside, at least – before doing anything else. As yer man at Reception here pointed-out, as he handed us a Seville tourist map- don’t bother until tomorrow cos everything’s closed on a Sunday! It gave us a chance to take out Sebo’s carpets – by this stage, they are bogging so we’ve decided to dispense with them! The vinyl floor will be much easier to keep clean! Tempted as I am to wrap Harley in cling film to limit the shedding of his hair, I’m not going to actually do it so Plan B needs to be instigated! Poor pup has no idea what season he’s in – 20C during the day and 2C at night – “do I take my coat off or leave it on? Confused!!!”

We contacted a Dometic service centre some 21km up the motorway from here regarding the ongoing refrigeration problem and they promptly replied that we can “pitch up anytime and ask for Antonio” – that’s our plan for Tuesday. Monday was to be spent exploring the wonders of Seville – and that’s exactly what we did this afternoon. What an absolutely awesome city! It has it all going on – river walks, spectacular architecture, tons of history – Plaza De Espana, La Giralda….I could wax lyrical forever and a day about the wonders of Seville but words (nor photographs) can ever do it justice! You have to see it for yourself! 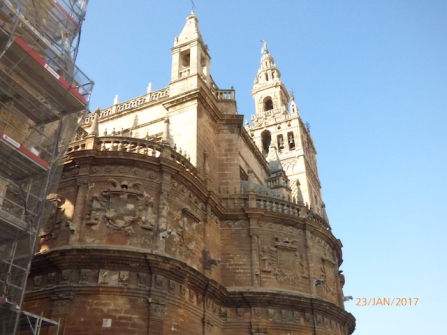 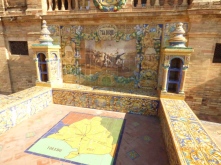 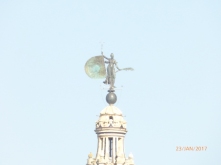 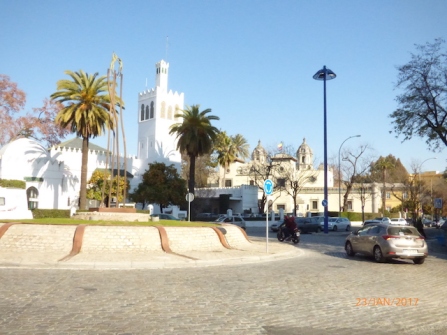 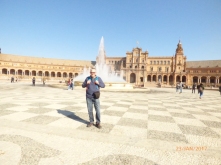 We’re now planning on heading into Portugal – depending on what Antonio’s verdict is on Sebo’s fridge tomorrow. Fingers crossed he can fix it without delay!