Our first foray into Gibraltar was in a fume-driven Sebo – rumour had it that diesel was around 76p a litre in Morrison’s (YES, there IS a Morrison’s food store AND fuel pumps in Gibraltar!) and that, if you chose your time carefully to cross the Frontier, it was an easy transit. We, apparently, had chosen well as there were no queues, no Easyjet/Monarch/BA flights landing or taking off and, after flashing our passports to the Border officers, we were waved on through without any problem! It’s somewhat strange to find yourself crossing the airport runway in order to access the town! 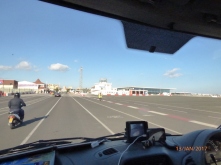 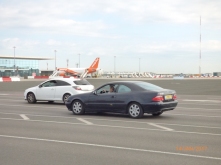 Driving amongst the totally insane Gibraltarian car/motorbike/scooter drivers was our main concern! Well, that and the impossibly narrow streets- which is probably why there’s a “no motorhome” signpost along the roadside! “Heyho, we didn’t see it, Your Honour!”. After some pretty skilful manoeuvering on Roy’s part, we finally managed to park up in Morrison’s car park and, clutching our shopping list of “must-haves”, in we plundered. The phrase “like kids in a sweet shop” sprung to mind as we wandered around the aisles spotting all the stuff we never thought we’d missed from home! An hour and a half later, our list of around seven items had been extended to £147.04 worth of food and drink!  Our pickings would require a bit of a rearrangement of Sebo’s lockers! We managed to fill his now empty fuel tank for a mere £51! 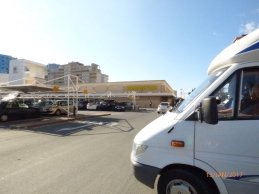 Naturally, there is no overnight motorhome parking in Gibraltar so we headed back over The Frontier and parked up on the Alceidas Marina Autocaravan Parking (€12/24 hours with services) just a five minute walk from The Frontier. Grand job! We’ll walk over tomorrow!

Our plan was to get the Gibraltar Cable Car up The Rock and then walk back down BUT, typically, the darned thing was “closed for annual maintenance” until Sunday. No problem-we took Harley out for a “you’re a Retriever, you really need to learn the art of retrieving a ball” lesson for a while then, whilst he was recovering from this “exhausting” hour or so, we headed-off over to Gibraltar to explore the town. Walking across the runway of the airport was even more weird than driving across it! Like, where else in The World does this happen??? Even more weird was the Red Telephone Box  (with a working telephone inside it!) -pretty much the first thing we saw on entry……

In  many ways, Gibraltar is like stepping back to a Britain which existed several decades ago – but with sunshine and Irish bars! In other ways, recent developments – the usual plush apartment blocks built around marinas- make it look like a miniature Canary Wharf (with property prices to match!) 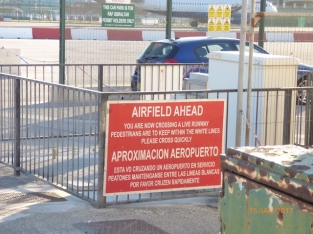 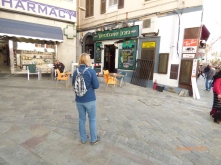 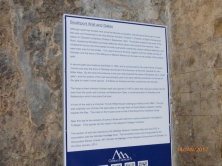 We took the opportunity to lounge around Casemates Square for a few hours, enjoying the afternoon sunshine and, in my case, a couple of overly large Tanqueray and Tonics (it’s always a little dangerous when you order a drink and the waiter appears with the bottle of said spirits and continues to pour until you say “when”- or that’s my excuse and I’m sticking to it!)

Sunday morning arrived and it was with some degree of relief that we spotted the Cable Car running – thank God and all The Saints in Heaven cos the thought of walking UP The Rock whilst nursing a “hangover from  Hell” would have been a Big Ask as far as I was concerned! Thankfully, we bought our tickets from the kiosk on “this” side of The Frontier and, thus, benefitted from the courtesy shuttle straight to the Cable Car Station! Phew! Armed with a “map” handed to us with our tickets, up we went with the intention of following the suggested route to the letter. Unfortunately, the map turned out to be most certainly NOT to scale and nor did it give a true reflection of the sheer number of trails on The Rock itself! Nontheless, we made a good stab at it, saw a large number of the famous Barbary Macaques – one of whom showed more than a passing interest in Roy’s Double Decker – need I say more?- and walked for miles before finally heading back to Sebo, via Eroski/Waitrose and topping-up Sebo’s cocktail cabinet with duty-free Gordons and Glenmorangie! 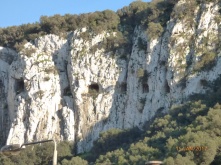 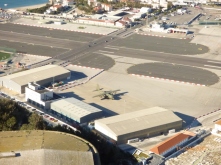 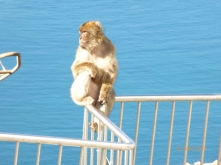 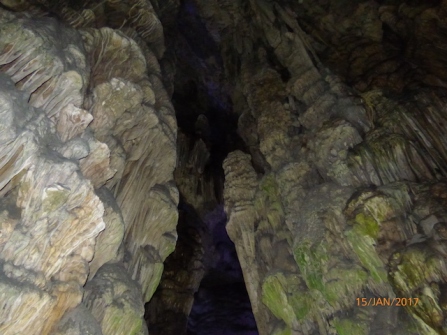 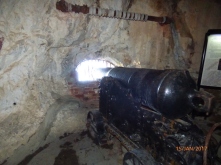 Unfortunately, on returning to Sebo, we discovered his fridge/freezer to be ailing – all a bit unfortunate since we stocked-it up to the gunwhales two days ago! Attempts to understand it’s workings- or, should I say “non-workings” -have proved fruitless so far, so we need to head for a campsite tomorrow and ascertain if it’s a gas problem, by plugging into 230v – process of elimination before finding a Dometic service centre! Oh, the joys!